Rarely do I post one of my own dreams any more.  Though they can be vivid, they are often forgotten before I can write them down.  This one survived.

I was visiting a shopping mall that, “in real life,” became defunct years ago.  Somehow, some of the stores had survived or maybe had been resurrected or re-opened.  In particular, a Morgan and Lindsey store I visited years ago was in business again.  (M&L was a “five and dime,” a precursor to the modern “dollar stores.”)

The store resembled an upscale bookstore I also visited many years ago (apparently now also out of business, shuttered by competition from larger stores such as Barnes & Nobles as well as Amazon), and mostly dealt in rare vinyl records and sometimes CDs or tapes.  In particular, they had a rare EP by Renaissance (lead singer Annie Haslam) with Carpet of the Sun on one side and Ocean Gypsy on the other.  I woke up, saddened by the loss of these many old stores and places and one of my favorite bands.  However, in researching the links for this entry, I did discover that Renaissance is back together again.  Maybe time to buy a copy of their latest project?

Let’s be clear: it is a dream about loss and growing old.  I suspect, too, that it is a dream about death, particularly of places and things around me as well as people and, eventually, my own.  Maybe it is suitable for a dream between the Winter Solstice and the Capricorn New Moon. 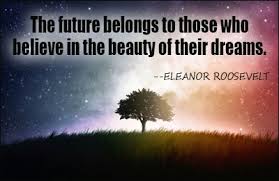 What gets you up in the morning? What drives you? Everyone likes to bandy about fancy words and quotes from the latest motivational books.  How often do you hear thing like: “Ahhh bru, you must follow your passion.” “A life not lived is a life wasted.” “Dream big and live the life of your dreams.”  “Stay positive man.” I can hear myself saying these things.